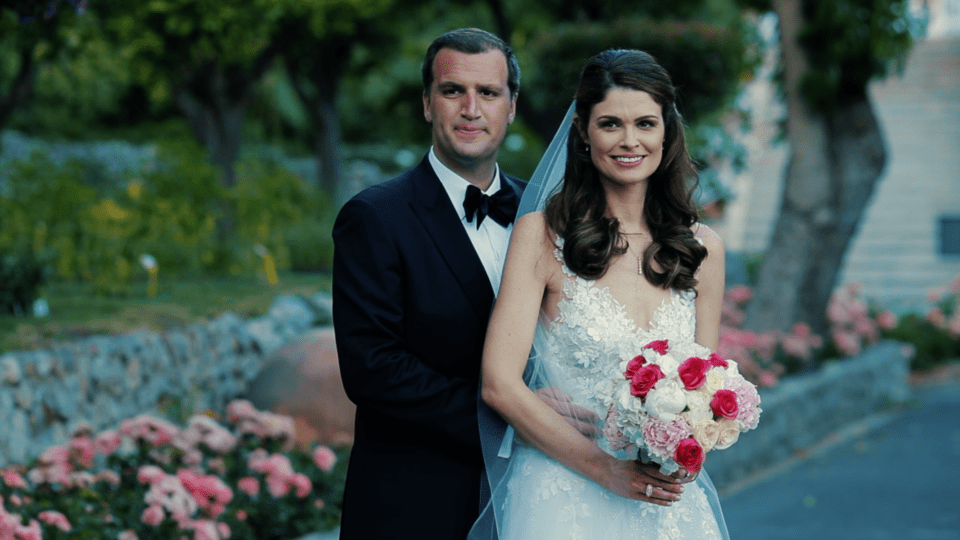 The joy of a wedding in Italy, this time in heritage-rich Sicily!

Images peppered with colour, fragrance, history, abundance, love, family, music, prosecco and raised glasses shouting “salute! “. Here these all come together to provide a glorious backdrop for the video of your luxury destination wedding in Italy, this time in Sicily.

Emily & Kerim’s spectacular Sicilian wedding in Italy was held at the Belmond Grand Hotel Timeo in historic Taormina. The grand celebrations were fitting for the gorgeous surroundings and the joy shared between the couple and guests from across the globe.

Sicilian culture is colourful and abundant. The towns are historic with architecture dating back thousands of years and together with dramatic volcano Mount Etna across the bay, we are always thrilled to be back to feature this remarkable setting in our destination wedding films in Italy.

The beautiful town of Taormina, chosen by our Texan-Turkish clients, pairs perfectly with ancient history and Italian romance. Here you are met with bountiful bougainvillea in bloom, secret piazze, fountains and frescoes. Precious content for the ultimate destination wedding video in Italy and manna from heaven for a wedding videographer.

Enjoy the end result of this elegant luxury wedding in Italy in the video highlights reel viewable here.

A little more about the people that loved this place:

In Arthur Miller’s play “ A view from the Bridge” Marco, an immigrant from Sicily bemoans the fate of his children.

“If I stay [in Sicily] they will never grow up. They eat the sunshine”.

Perched on the room balcony of the Grand Hotel Timeo, with Mount Etna and the sparkling Mediterranean sea in full site, that doesn’t seem half as bad as it sounds. Though Arthur Miller never took his pen and paper down to this hotel at the heart of Taormina, many other artists and writers did.

Then a humble 5-room hotel overlooking one of the best views Sicily has to offer, its terraces attracted the likes of Oscar Wilde, D.H. Lawrence, Guy de Maupassant, Goethe and a slew of other literary greats going on the Grand Tour. The writers have come and gone, but the muse they all came for, is still present.

In the same way your wedding in Italy, will start and end but the beautifully composed wedding video that Missing Piece Films Italy gives you will stay forever present. A reminder of that special day.